​Results of Aviation Business Strategies Group's (ABSG) Annual FBO Fuel Sales Survey indicates that 56% of FBOs in the U.S. experienced increased fuel sales in 2019 vs. 2018, an increase of 2%.

According to ABSGs Principals John Enticknap and Ron Jackson, the overall survey results showed an optimistic FBO industry environment including a record 73% respondents feeling confident in the U.S. economy

"There’s no question that 2019 proved to be a very upbeat and positive year for the FBO industry, “ Enticknap said. "The survey showed a continued incremental increase in fuel sales for the fourth year in row for the majority of responding FBOs with a healthy 19% of FBOs surveyed reporting an increase of more than 8%.”

A new question for the ABSG Survey asked FBOs whether they would be offering Sustainable Alternative Fuel (SAF) to their customers during 2020. The results showed that 80% of respondents say they would not be offering SAF with only 3% indicating they would while 17% were undecided.

“Frankly, this response does not surprise us,” Enticknap explained. “SAF is still very new to the FBO industry and there are concerns among operators as to the availability of the fuel as well as a cost factor. Going forward, we see SAF eventually becoming mainstream as more-and-more aircraft operators adapt and adopt its use, thus increasing the demand at the FBO point-of-sale.”

Another area the ABSG survey explores with FBO operators involves feedback regarding their concerns and greatest challenges facing the industry. An open-ended question resulted in these top five concerns:

An additional section of the ABSG survey is designed to gauge confidence in the economy by FBO operators. A new record of 73% of respondents indicated the economy is headed in the right direction compared to 61% in 2019.

2020 FBO Industry Forecast
Based on the their Annual FBO Fuel Sales Survey, interviews with FBO owners and aircraft operators, and analysis of the oil markets and the aviation fuel industry, Enticknap and Jackson have put together the following forecast for the FBO industry in 2020:

Turbulent Times Ahead
Prior to the Coronavirus outbreak, the resultant international travel bans and a very turbulent oil market, we were expecting to see a moderate 1.5% to 2.0% growth in FBO business aviation activities to include base customer aircraft movements, transient traffic arrivals and gallons pumped. However, because of the uncertainty of future events, we will not attempt to make a forecast until we have a clearer picture of the economic landscape.

Our guidance is to stay the course, conduct business as usual, keep an eye on your margins while continuing to provide a safe environment for your customers and provide them with an exceptional service experience. 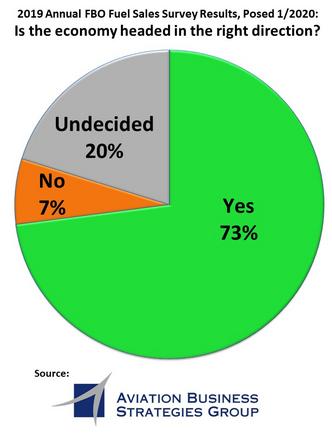 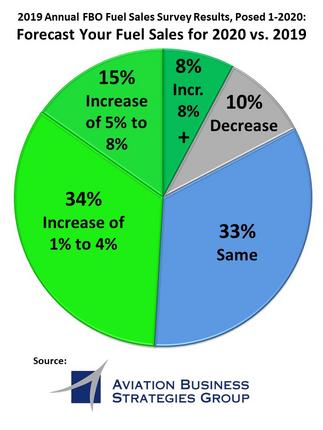 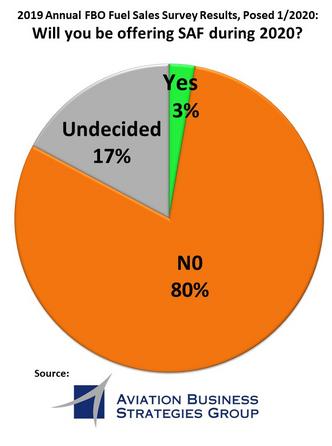 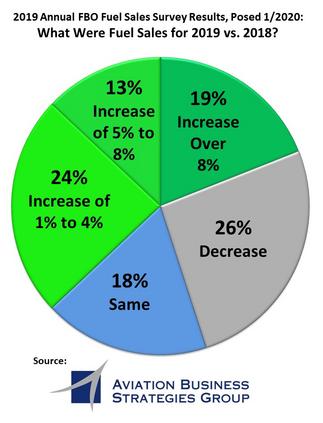